You Buy It I Write It: Rogue Warrior

Is there a game you think I should write about? If you purchase a game for me on Steam, I will play it. Check out the information here. You can check out other games I have played against my will here. 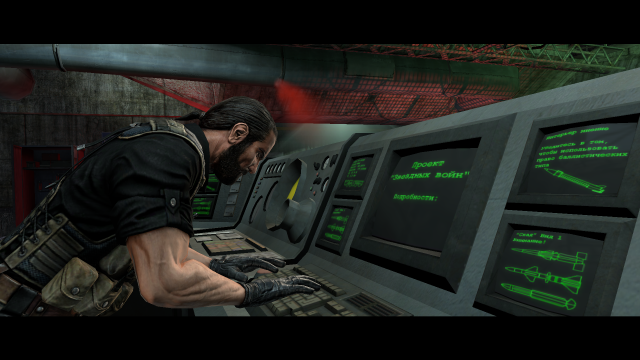 Rogue Warrior is a game based on the Cold War exploitations of a man named Richard “Dick” Marcinko. This is his website. This is the book that kicked off a series of semifictional books about his titled, of course, Rogue Warrior.

I just struggled to write that opening for about ten minutes before settling with some basic factual information that isn’t aesthetically pleasing at all. There’s a reason for this: Dick Marcinko knows that he is the most badass motherfucker to ever live on the planet and he wants you to know it so hard. Every piece of information about him is sharpened to such a fine edge that I honestly can’t decide if the whole thing is supposed to be a joke or not. For the rest of this post, assume that everything I write about Marcinko is deadly serious, despite the fact that it will be on-face profoundly silly. That’s the way Dick would want it.

If you’re familiar with Rogue Warrior in any way, you probably know about this Giant Bomb Quick Look video where the first level of the game is demonstrated with as many “fucks” by the players as possible. On some level, I think that any writing about the game has to address this video first and foremost–yes, the game is just as absurd as that video demonstrates, but at the same time, the mode of presentation by the LPers presents the game as if it is qualitatively more ridiculous than any other military first person shooter of the time period. 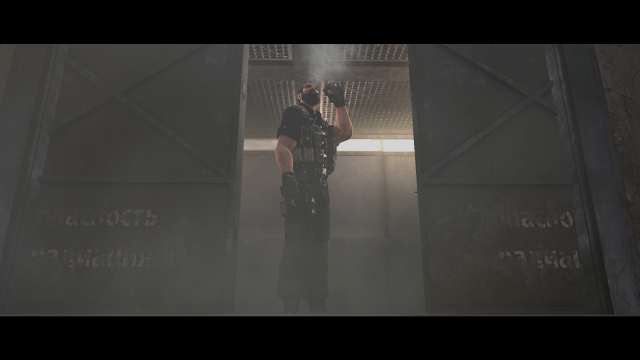 I’ll get this video game blasphemy out of the way: except for being short (and by short I mean two hours long), I don’t see Rogue Warrior‘s mechanics or narrative being any more or less shitty than the other FPS military bro-em-ups that sell millions of copies every single time a development studio shits one out. CODBLOPS2 is just Rogue Warrior with a bigger advertising budget and a solid QA team; mechanically, it is all one murky blob of arbitrary mission points and people who don’t look like the protagonist shooting at the protagonist.

The significant difference here is Marcinko himself, or rather his voice surrogate Mickey Rourke. Everything he says is punctuated by lots and lots of cursing (NWS and trigger warning for basically everything), but it never seems to amount to anything. At the thirty minute mark I was fully immune to any of the absolutely ridiculous things that Rourke was yelling into my ears–the process of playing the game is basically the process of listening to a middle schooler prove that they are very cool with the word “assholes.”

At the same time, it is fascinating. The writing behind the character is very clearly developed from the Eminem school of language and masculinity–if you say you’re a badass motherfucker enough times, you will be a badass motherfucker. This isn’t limited to the game, however. It seems to exist in everything attached to Marcinko, from his website to the Amazon blurb for his book, which reads

Marcinko was almost inhumanly tough, and proved it on hair-raising missions across Vietnam and a war-torn world: blowing up supply junks, charging through minefields, jumping at 19,000 feet with a chute that wouldn’t open, fighting hand-to-hand in a hellhole jungle. For the Pentagon, he organized the Navy’s first counterterrorist unit: the legendary SEAL TEAM SIX, which went on classified missions from Central America to the Middle East, the North Sea, Africa and beyond.

This is the narrative version of the dialogue in the game–“I am a badass because I tell you that I have all of the narrative trappings of a badass!”

Rogue Warrior is fascinating, though, because there is a profound gap between the mechanical trappings of the game and the presentation of the lead character. You will hear Rourke spit out a “better dead than red, assholes!” right as you are shot for the second time in two seconds and fall to the ground, dead. The gun combat in the game is terrible, but not in a traditional, bullet-sponge enemy way. Rather, the game presents the player with an “tough” lead character who is actually made out of some paper mache combination of butter and wet cardboard. The most successful form of combat is the use of the autokill melee button that merely requires the player to be sort of close to the enemy–a cutscene happens, you get a quip, and you hide behind a box so that you’re not torn in two by a single bullet. 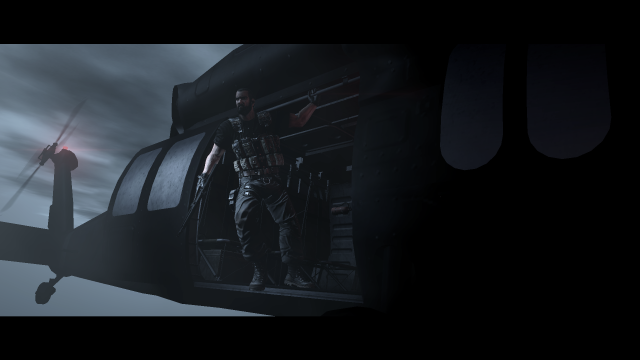 There’s a tension in Rogue Warrior between presentation and reality. The one-liners present a powerful body, but there isn’t one. The constant aggression isn’t matched by a Schwarzenegger-style machine gun assault; it is better to dart and hide, to punch and run.

I can’t help but think through the grand plot of the game through this mechanical/masculine tension. The broad strokes of the game are “North Koreans are doing something bad, you follow the trail to Russia, who have developed the Star Wars missile defense system.” The game is set during 1986, arguably the height of Reagan’s power, and there’s an unadulterated patriotism that (maybe ironically) permeates the entirety of the game. “President Reagan sends his regards” is muttered as something blows up in the distance, and I have to wonder if Rogue Warrior might be the best analysis of American foreign policy that has ever been crafted into art.

Rogue Warrior ends with the destruction of the Russian missile defense system. In essence, Marcinko infiltrates the USSR in order to make sure that the world would be enmired in the Cold War indefinitely. No change of the status quo; we’re knee-deep in a deadlock, and how dare we ever try to break out. Do I even need to point out that the plot of the game is basically the story of the contemporary FPS?

Rogue Warrior is about playing a (videogame) role of a man playing a (masculine) role in a (international) game. It is about presentation, illusions, and cursing. I thought it was okay.