On The Last Door: Season 2

I’ve been sitting on the second season of The Last Door for some time now, and I can’t really explain why. It was less an avoidance and more of a saving, like I wanted to make sure that I was in the right headspace to play it. I loaded it up on a whim and played it through in one long session, and I have a few thoughts.

[I wrote about the first season here, by the way.]

1.
The Last Door has a longform plot, but since the game is episodic, that plot is kind of dropped from piece to piece. Some characters carry over, and the plotline carries it all together, but the game is fragmented in an interesting way. Imagine that most episodes of The Walking Dead game were 400 Days and you’re getting close to what The Last Door does.

The first season of the game ended on a cliffhanger. Our protagonist went missing, or went beyond the pale, and the second season is all about his doctor trying to find him. The fragmentation is important here because it keeps us from having access to too much knowledge. This is critical in horror, and it can oscillate in the thriller (Zodiac is an apex example here).

The cycle of The Last Door is based on finding something and having it snatched into the aether. There’s a lot of talk of Veils, of places beyond, and dream worlds (this ephemeral gesturing is something I am a fan of in my own work). But where my Epanalepsis differs is that I am always gesturing toward an outside–the places beyond are truly beyond the scope, scale, and environment of the game that I am making.

The Last Door Season 2 goes for it. They show you the world beyond in that Lovecraftian way, and they hold you down in that dreamspace logic for quite a long time. Wonderfully, the dreamspace logic that governs film, the novel, and basically all experienced media is perfectly suited to the adventure game. Nothing ever really makes sense in the genre, so having to pick up piano keys from a mirror universe to play for monstrous Beyond Beings makes as much sense as anything else. As I said on Twitter, these developers have clearly been in the adventure game headspace for a while, and it shows in a really positive way. 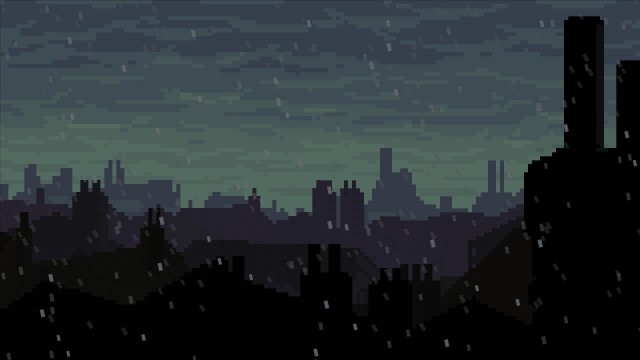 2.
That fragmented narrative allows the end of the game to be this amazing stitching together process. Throughout both seasons of TLD I kept thinking “well, I guess this scene will be explained at some point” and I was basically wrong every time. The Last Door really trusts the player to keep up with some strange happenings, and those happenings are made even stranger if you pay attention to the “last time on…” bumpers between each episode that tell you information that would have been impossible to know when playing.

And this isn’t criticism. I have this real love of games that just give it all to you and let you do whatever you can with the information you have (look, my favorite novel is The Book of the New Sun, ok? I’m the person who commits).

The last episode of the two seasons does this amazing job of wrapping up several plotlines, showing the “locationless” scene spaces that dotted the rest of the games, and generally filling in the history that you knew was there but did not have access to. The developers really went for it here in order to make it a coherent, special experience at the end, and I appreciate the density of knots that they went for.

This entry was posted in Video Games and tagged gaming, horror, the last door, the last door season 2, thriller, video games, zodiac. Bookmark the permalink.
%d bloggers like this: