Chainmail Bikini is a collection of short comics written by women around the topic of videogames. That sentence, on face, doesn’t seem very radical, and when I backed CB on kickstarter, I didn’t take it as some kind of radical political project. I really just thought it was a project worth supporting in its scope and purpose, and I didn’t have many expectations one way or the other about what would get produced. 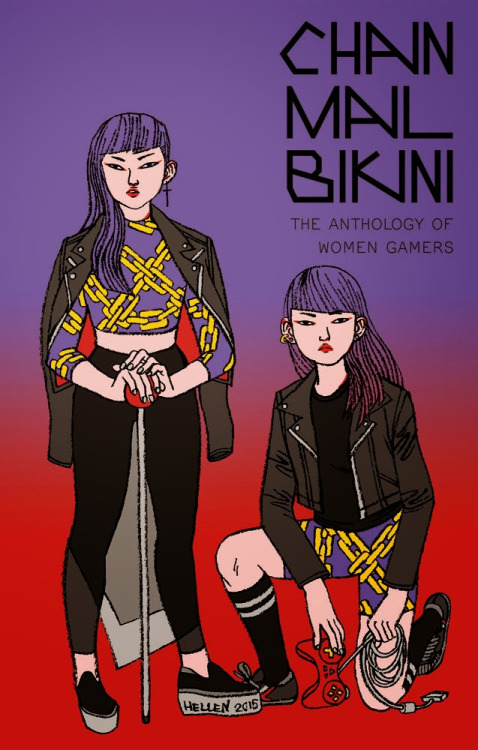 I’ve now read through the collection twice, and I think that Chainmail Bikini is performing a profound function in contemporary gamer culture. Editor Hazel Newlevant writes in the opening note that the creation of the collection was centered around the two goals of “collect[ing] comics by an outstanding group of female artists about games and what they mean to us” and “to celebrate the experience of women gamers at a time when our presence in gaming culture is consistently marginalized.” It is this second goal that I think is the most important, but first a slight digression.

I’ve read (and backed) enough themed collections of short comics to know exactly how this shakes out. A solid 25% of the work is good, without equivocating in the slightest, and the rest is middling to terrible. The worst of the batch in these collections are the two-pagers that kind of waffle around the theme with unfocused platitudes about whatever that theme is. It is part and parcel of the genre and the form, and I’m not really sure that it is avoidable for projects of this scale.

Chainmail Bikini has some of those. It comes with the territory, after all, but I have to tip the hat I would never wear to Newlevant’s editorial strength that prevented the comics that drag from dragging too long or taking other comics down with them.

More importantly, and this is the real strength at work, is that even the lesser comics in the collection contribute to a strong vision of that second goal that I mentioned up above.

Chainmail Bikini is chock-full of women speaking about how they relate to gaming. It is a snapshot of the network of contemporary culture that polices how, when, and on what terms women can enjoy an entire medium. It is a collection of strategies for avoiding that policing; it is a set of coping mechanisms that many women have had to develop independently over the past thirty years. I don’t think it is any mistake or coincidence that so many of the comics center around handheld gaming platforms like the GameBoy. The mobility and the ability to escape that so many of the short comic narratives depend on seem to be incredibly crucial for this group of women.

What Chainmail Bikini shows us is an entire population that is forced to game while running away. Cultural studies scholars might call this a book of tactics, of on-the-ground adaptive strategies to play, love, and live while constantly being pursued by a culture that is doing its best to eliminate your enjoyment (which is inside of a larger set of cultures that have all seemingly decided that women and games just do not mix in any way).