This was written as part of my longform project where I play anything someone purchases for me. You can read more about that here. 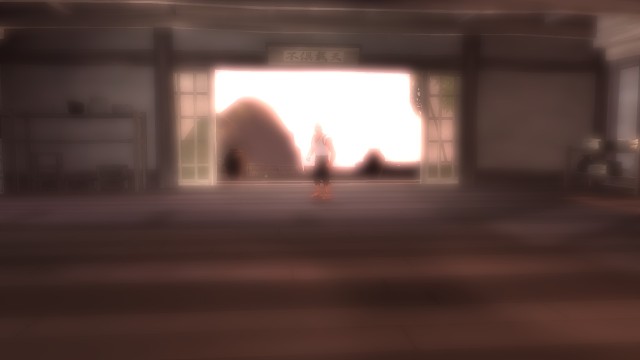 Videogames have strange relationships with time.

There’s the time-to-complete, which is a measurement of how long it takes to get from arbitrary point A to arbitrary point Z. Evolving from that is the speedrun, the quest to find the fastest time between the those two arbitrary marks.

There’s time in relationship to labor in at least two forms: in the role-playing game (Japanese or otherwise) sense of how long it took you to grind up to a certain level; in the massive online game sense of how long it takes to get to an item level that seems to equate to how much time you’ve sunk into the experience. And there’s time-to-value, the literal translation of hours into something useful – playing Team Fortress 2 for crates or idling in games for cards.

Those are all concepts of time that rest in the macro. Karateka works in a smaller, more fine register, being a game totally focused on the micro. The core of the game takes place in that microscale. The player, controlling a martial artist, responds to attacks with button presses.

An enemy approaches. The enemy attacks, and with each hit, you press a button, blocking punch or the kick. You block three, five, seven in a row, and there’s an opening. You wail on the buttons as fast as possible, delivering a flurry of blows, ending in a powerful one that often sweeps the enemy off his feet.

This goes on until you fall. Then someone comes to replace you.

Simon Parkin writes about this replacement in his review of Karateka:

But should one of the scores of guards get the better of you, your limp body will be thrown from the cliffs, never to return. This death is not the end of the quest; you may continue to fight from the place Mariko’s true love fell. But you now must do so as a new suitor – and a less desirable one at that.

Parkin makes a number of amazing points about the centrality of this core narrative feature of the game, suggesting that the replacement of the suitors provides a complex narrative structure for a fairly simple game. As the plot goes, you are attempting to rescue a damsel in a trope-ridden way (and this is a remake of a game that helped solidify that trope in videogames.) Your ability to perform at the game determines which suitor reaches the damsel Mariko. Therefore, for Mariko and for Parkin, the difference between the suitors is one that truly makes a difference — the True Love is the fulfillment of a classical tale (that tale being highly critiquable), the Monk a strange pairing, the Brute an awful moment of possession (also riddled with fatphobic and ableist imagery, the whole thing is awful). 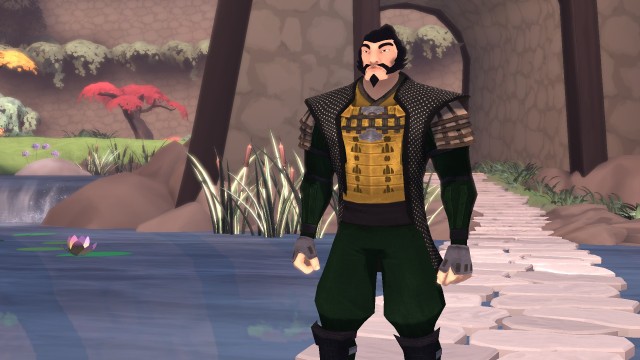 But there are also things that don’t change between the three characters. There is a fundamental microphysics that suggests that there’s a universalism to the way that fighting occurs in the Karateka universe. There is violence followed by rest, a call-and-response nature that constantly returns to a similar small structure. No matter who you are, fighting operates the same way; there’s a rhythm undergirding all of this visual and narrative difference.

There isn’t much to say about this other than pointing it out. Perhaps the strength of this way of creating the game (and therefore the pleasure it produces in me) is its pure simplicity. There’s a way of imagining this game being made today that gives you three characters with different stats, fighting styles, and ways of blocking. They might get progressively easier to use, but each one is controlled in start contrast to the others. Worse yet, you might have to unlock them, or level them up, intentionally failing early missions in order to use the “backup” players. Or there is “energy” to raise previous characters from the dead. There are a thousand ways to get it wrong, to lose the core gameplay in the name of procedural generation or engagement or the dreaded return on investment.

Karateka purposefully chooses to stick to its simple roots, and it is better for it. It flattens itself, and gives into its arcade-inflected heart, forgetting all forms of time except for its own. It measures itself in micromovements, in enemies defeated, in points systems.