Riff Raff on the History of Videogames 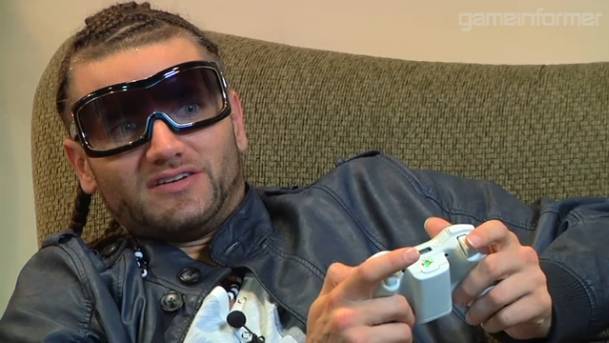 Riff Raff was on the “Replay” show for Gameinformer recently, and after he utterly slammed the hell out of Toejam and Earl II, he designed a game. At the top, he gave a little bit of a history lesson paired with some criticism.

There’s been a shitload of games over the past twenty, thirty years. More difficult levels, more reality levels, it’s all bullshit, okay? . . . The best games were right around 1988 to about 1997. And that’s giving it two years, because I would say 1995. Erase this whole mentality. Remember Goonies, Indiana Jones, fun times. Not all this reality shooting people and murdering them and stuff. You used to be able to play games and you could kill people but it was, you know, have fun with it. They would just, like, disappear. They weren’t graphically just laying there are you were beating them with a pipe and it makes you want to throw because it makes you feel for the actual videogame guy because its so realistic.

This entry was posted in Video Games and tagged history, riff raff, videogames. Bookmark the permalink.

1 Response to Riff Raff on the History of Videogames