You Buy It I Write It: Secret of the Magic Crystal 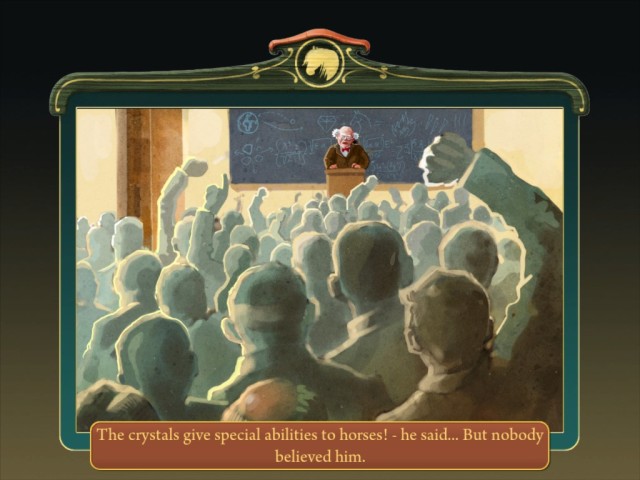 There comes a time when language fails, when the very concept of putting meaning into symbolic utterances is not sufficient or even a possibility in light of something that occurs to us.

I feel this way about Secret of the Magic Crystal, a game that someone purchased for me to play. I will admit right now that I didn’t make the promised hour of play. The first five minutes were torture; twenty minutes is as far as I could make it into the game. I’m also going to be up front and say that it is absolutely impossible for me to write a thousand words about this game. In the face of Secret of the Magic Crystal, I find myself suffering a profound version of aphasia.

All of my words have drained in the face of a game where you raise, groom, and race a unicorn. 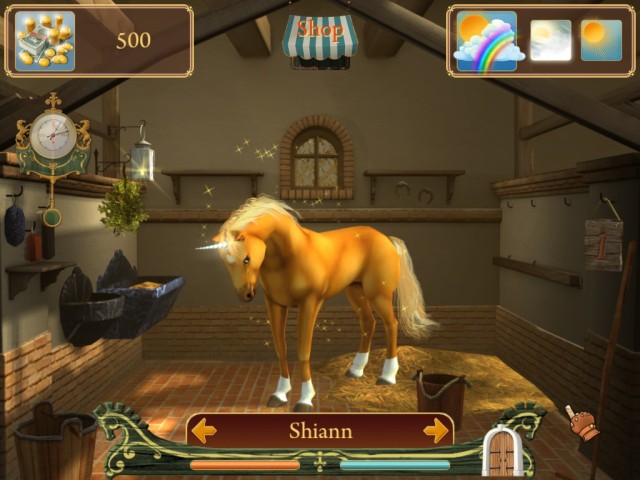 I am certain that there is an audience for Secret of the Magic Crystal. There are lots of people who find it exciting to hit two keyboard keys in a row in order to jump over an obstacle. These same people might also light brushing their unicorn-horse in small circles until a bar fills up with a flashing red light stops blinking (and then nothing happens, you just keep brushing.) These people might also enjoy sending their horse to an important race where the horse just disappears for a full five in-game minutes while you just watch the screen and twiddle your thumbs.

These people might be children. Or maybe just very, very patient horse raising simulation enthusiasts. But in either case, those people are not me.

This is usually the part of a post where I find something theoretically interesting about a game. I would say something like, “here is where x game is brilliant” and I would write a few hundred words through rose-tinted glasses and the world would continue on. But in this instance, I can’t. I don’t have anything positive to say about the game, and at the exact same time, I don’t have much negative to say about it either. When I said above that it is for a very specific set of people, I wasn’t being dismissive; that’s exactly the impression that I got from the product.

I am in the strangest position here. It is so rare that a game merely exists for me without any judgment value attached. I can’t say that it is terrible, because I know there are people who would genuinely enjoy a Facebook-game styled slow-roll horse farm simulator where you somehow find magic crystals. 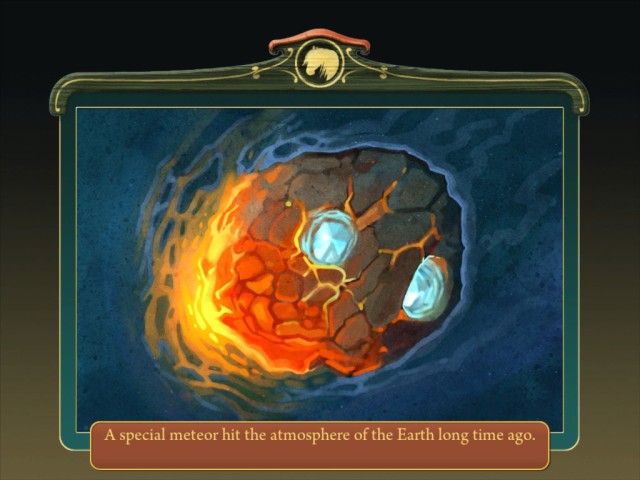 So maybe here is the positive thing: Secret of the Magic Crystal is a game that exists on an internet platform that is not made for me and does not have me in mind at all. When I say “me,” what I really mean is myself and other people in my subject position: 20s, male, white, hetero, cis. It is a game that doesn’t market itself to me or make itself like the other games that are for “me.” It signals that there is a radically wide space for games, and that the homogeneous glut of games isn’t even close to the shapes that games can take.

So that is comforting at least.

3 Responses to You Buy It I Write It: Secret of the Magic Crystal