On Dishonored, the Inside, and the Outside

This is a quick post about Dishonored, a game I wrote a lot more about back when it came out. Spoilers abound. 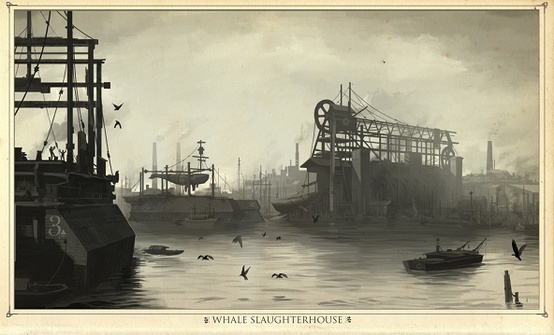 I’m playing through Dishonored again after a very long time (so that I can play the sequel, finally), and I’m struck by how often the side characters talk about the “mission area” of the game versus the “home hub” of the game. If you don’t remember, the structure of Dishonored is that the protagonist Corvo is assassinating and missioning his way through various tasks that have been set up for him by a group of conspirators. Those conspirators want to put the true heir Empress back on the throne of the Empire of the Isles, and to do their bidding Corvo hops on a boat, gets taken into the city, and then comes back again to discuss whatever he needs to that might make the plot move along.

The characters he’s speaking to are very explicit about the separation between those places. They say “the city” despite the Hounds Pits Pub (their base of operations) being located within, or at least in tight relationship to, that city. Sam, the sidekick who operates the boat for Corvo, helps maintain that, and lots of his dialogue pretends as if he isn’t a few hundred yards from Corvo’s violence/sneaking mission.

The big reveal of Dishonored is, of course, that the conspiracy you’re a part of were villainous the whole time. The Hounds Pits Pub, this place that you’ve been traversing for funsies throughout the game, gets turned into its own level. And it would have been easy for that just be a linguistic and mechanical turn (“these people are now your enemies!”), but the game’s continual statements about the content of the game taking place “out there” and “in the city” means that the reversal of the home base into the “out there” is even more distressing.

In a conspiracy, there’s only one safe harbor, and it’s who and what you trust. Through these throwaway lines, the game spends hours establishing that this place, this pub, is 100% legit. And in a moment, it’s flipped around.

This blog is funded by a Patreon. Support me there to read exclusive essays every month!